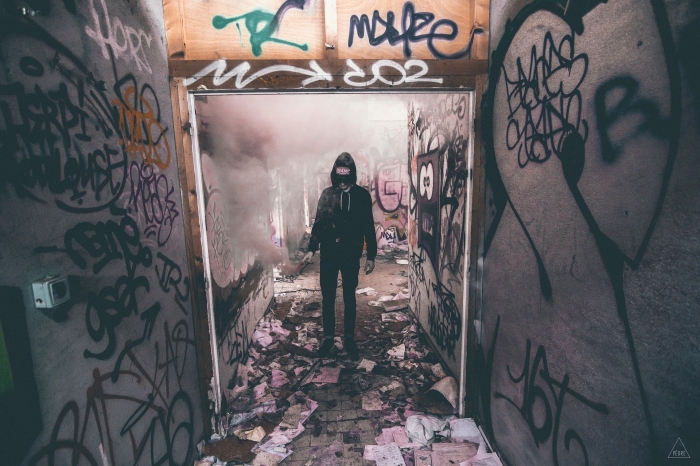 Graffiti – All You Need To Know

Graffiti is designs or images that have been painted in a public place and is considered as a form of art.  People do this for many reasons and there are many different styles depending on the artist.

Some people do graffiti in order to pass a political message and others just do it for recreational purposes. It is illegal in many countries as it is seen as vandalism but there are designated areas for graffiti so that they can produce their artwork in a legal manner.

The famous anonymous artist Banksy does a lot of political graffiti and is actually being looked for by various police departments in the US due to his habit of producing artwork in public places where it is seen by the masses.

Banksy is, without a doubt, one of the most famous graffiti artists of all time and his work has influenced many others. He is anonymous but has won an award for being person of the year at the Webby Awards 2014, quite a feat for someone being hunted by the police.

People don’t really use normal paint for graffiti and it becomes easier using a spray can. The artist will make a stencil first then put it on a wall and spray various colours to produce quite spectacular art.

Rock music and Hip Hop largely influenced graffiti as younger people were finding ways to express themselves through music as well as art. 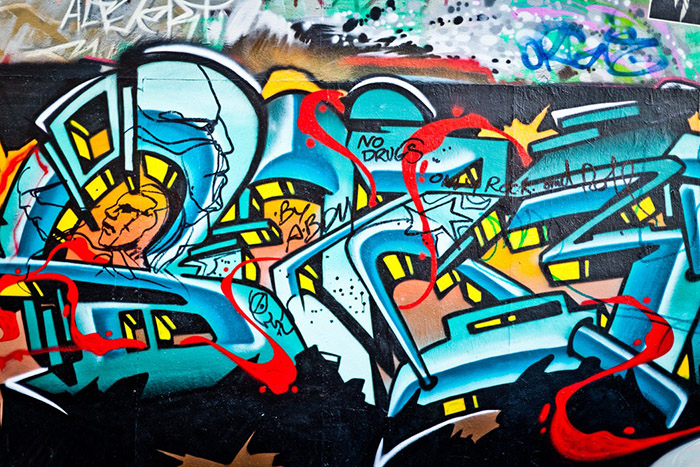 The history of graffiti

The word comes from the Italian word “graffito” and literally means “a scratch”. It was originally used to describe the drawings that were done in catacombs in ancient Rome and Pompeii but graffiti in general has now become associated mainly with crime and vandalism.

In ancient Syria a form of Arabic called Safaitic was inscribed on boulders as forms of messages and signs. Many ancient civilisations have used wall painting and etching rocks to show stories or to portray a message to travellers. Whatever the reason, modern graffiti holds the same meanings although it has been taken over by a younger, open minded generation.

A more “modern” style emerged in ancient Greece where people used to design graffiti in order to advertise businesses or services to the general public as shop signs weren’t something that existed then.

The Romans used to paint walls with verses from poems, political statements and even declarations of love some of which were found in ancient Egypt during the time it was occupied by the Romans. Some graffiti was even done by gladiators in the arena and were often based on important things in their lives.

Greeks and Romans weren’t the only ones to do graffiti and there are various sites in South America were graffiti has been done Mayans in connection to their beliefs.

Using stencils, which are made from card beforehand, to make graffiti was first done in 1981 and allowed people do make more intricate designs as opposed to free hand graffiti. Although graffiti is often associated with crime it should be noted that it is a lot deeper than that and has a lot of thought behind it.

Activists from all around the world spray paint their opinions onto wall creating a quite spectacular array of colours. Not only does this convey an important message, it can’t be denied that it makes an urban area quite attractive.

Another interesting example of ancient graffiti is the Viking graffiti and Newgrange Mound in Ireland.  This shows just how old graffiti actually is and that it has always been around despite the image it has now. 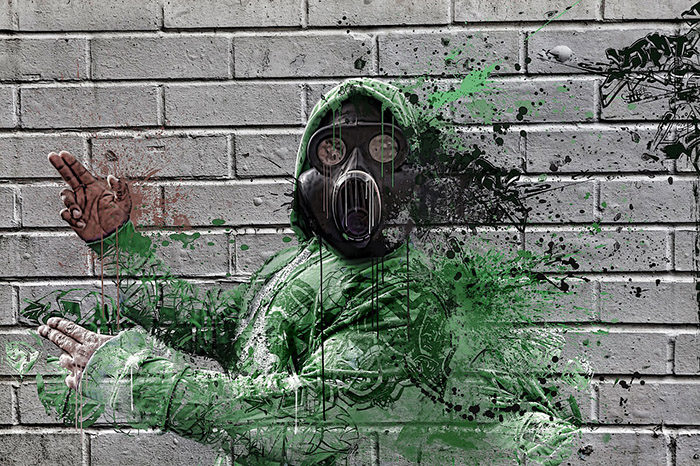 Graffiti and the law

Sadly, although graffiti is absolutely amazing many countries see it as a criminal offence and have banned it. In the UK, aerosol paint cans can’t be purchased by people under the age of sixteen.

It is also the local authority’s job to clean it up but they can bill the owner of the property that has been vandalised. They can, however, issue fixed penalty notices.

There are places where graffiti can be produced legally and artists use this advantage but most of these areas are covered in so much graffiti that is impossible to find a space. This encourages artists to do graffiti illegally in public spaces due to the lack of areas that they can use without getting in trouble.

The police can also use search warrants in order to look for people who are graffiti artists. They will analyse the artwork, look for a name that’s been put on a wall to credit the artist and they will even check what kind of paint was used and where it was purchased from. Some art is gang affiliated and the police look for this in order to know where different gang territories are. 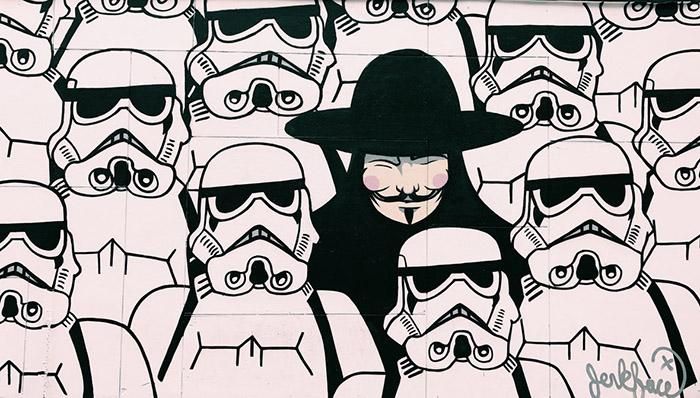 London, being a multi cultural city, has a wide range of people and has some spectacular graffiti sites.

Brick Lane is where street art in London really became popular and there are many legal spots to do it. Even Banksy himself has been here and this can be shown by his piece of art the French Maid which was made in 2008.

Camden Town is another great hot spot for graffiti and the most popular artist here is Bambi who is known as the “female Banksy” who is also anonymous. There are local street art tours, and not to mention amazing street food, in Camden Town so if you are into this make sure you check it out.

Brixton in south London has quite a vibrant community and has some lovely artwork. The Save Brixton Arches campaign led to many people producing all sorts of graffiti on walls in the area adding to the multicultural atmosphere that already exists there.

Southbank is also the home of many wonderful pieces of graffiti art. A local skate park has “allowed” graffiti and many skaters have painted the walls making the surrounding area quite attractive. This is a good spot if you like graffiti produced by skaters. 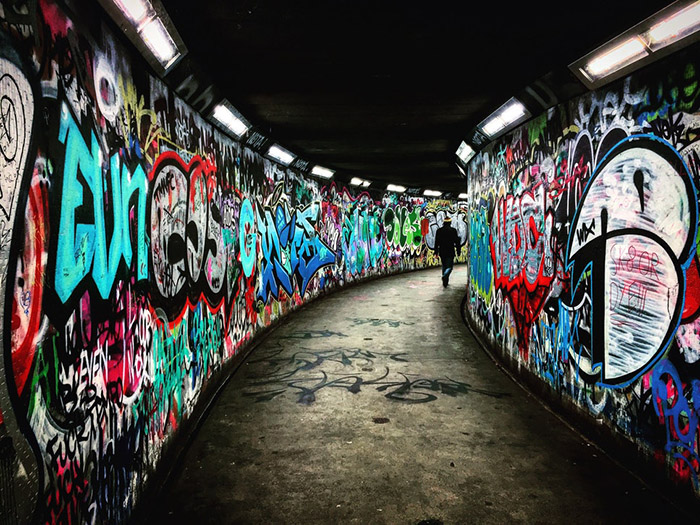