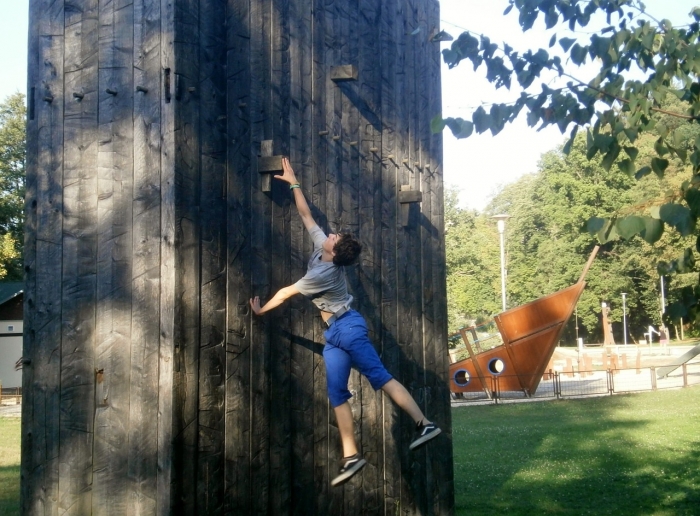 Parkour is a sport that is developed from military obstacle course programs and it is very dangerous but makes a fun hobby. The name comes from the French word “parcours” meaning route. The aim is to get from one place to another as quickly as possible without the use of equipment that could assist the runner. Due to the fact that parkour has military roots it is classed as a non combat martial art.

It was developed in France by Raymond Belle and further perfected by his son David Belle in the 1980s and is normally practiced in urban areas but can be done anywhere. Parkour is seen as a more of a “street” hobby just like graffiti art and is banned in several places due to the danger it poses.

There is deeper thinking behind the sport and it is all about expressing ones individuality, this means that people who practice parkour have their own unique styles. There aren’t really any rules in parkour but keeping safe while maintaining a constant flow is the main priority and slow sluggish movements defeat the whole idea of the sport.

What is Free Running?

Free running, also known as tricking, is just a version of parkour that adds in various martial arts and acrobatic moves into regular parkour practice. It makes it more enjoyable and many people choose free running over parkour as it is more creative and provides more opportunities. 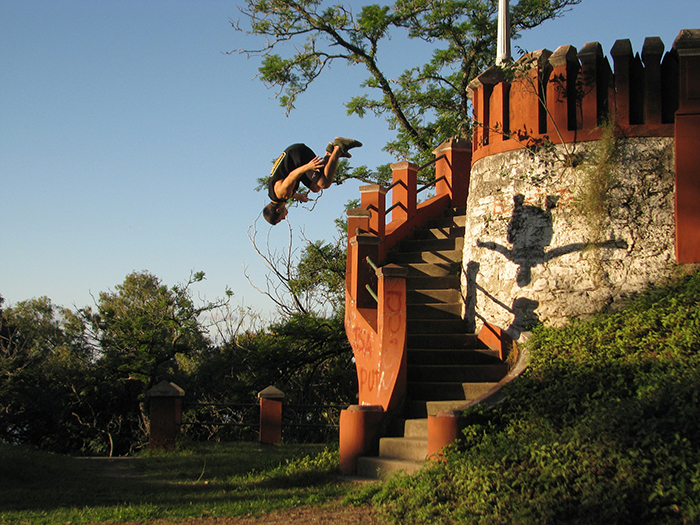 Places for Parkour in London

There are many estates in London and some of them are excellent for parkour due to the nature of their buildings. A popular spot for people who practice parkour, who are also known as traceurs, is the Pimlico estate in West London not too far from the Victoria line. It provides some amazing jumps and is for those who are ready to take the challenge.

The Heygate estate in Elephant and Castle has amazing places for parkour and even a nearby park so you can warm up before you start. If these estates are too far however, you can always check for estates nearby that are suitable for parkour.

Many parks in London also have places to practice parkour as they have structures built which are intended for this activity. Regents Park has a set of logs that are excellent for parkour practice, watch out for when it rains though as they can become quite slippery and dangerous.

There is a series of parkour spots near the IMAX cinema which is a couple of minutes walk away from London Waterloo station and this is probably one of the most iconic places in London for parkour. There are various ledges and lots of high jumps.

More than Just a Sport

Parkour is more than just a sport and has lots of philosophy behind it. It is all about expressing a person’s individuality and what they can achieve by being different. David Bell one of the founders of parkour said that if someone asks him how he performed a particular move he would refuse to show them how he did it and tell them to figure out their own way.

This is why parkour is regarded as a kind of martial art as it is not just a physical activity but has a way of thinking that goes with it. Parkour is an excellent way to push your body to the limit and when help you be able to do things that you probably couldn’t do before. 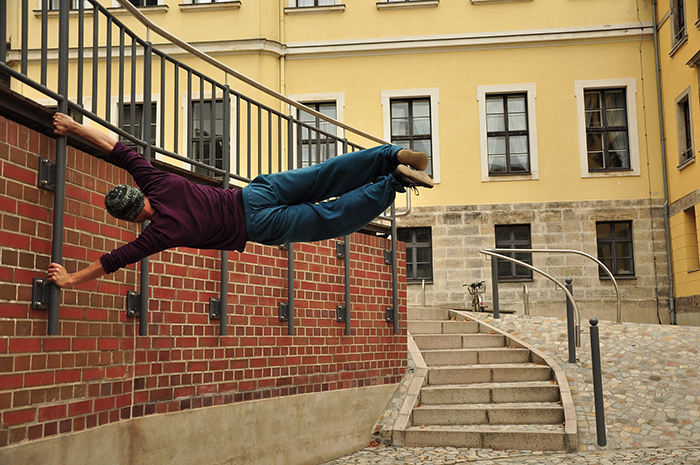 Parkour in the Media

Parkour and free running has influenced many games and movies and a lot of action movies include parkour. The famous Prince of Persia game franchise is based on parkour moves and acrobatics as the main character swings from building to building while combating enemies.

The main movement system in the Assassin’s Creed series of video games is called free running and is also based on parkour where the assassin climbs buildings to discreetly eliminate his victims. Parkour is linked in combat games as it is, after all, classed as a martial art.

The 2014 film Brick Mansions is mostly based on parkour as the protagonist is constantly jumping from building to building in ways that don’t seem possible.

It can’t be stressed enough how important it is to stay safe while practicing parkour and many people have fallen to their deaths from tall buildings while taking part in this breath taking sport. Even though the common principle of parkour is to be able to traverse from one place to another in the quickest and most efficient way possible it is also crucial to ensure that it is also the safest way possible.

Although using assistive equipment would lower the risk it defeats the whole object of parkour and there are other ways to stay safe. One of the most important ways to stay safe during parkour is proper training. Find somewhere on ground level and practice the basics until they are mastered, it is pointless to move on to a taller building without practice and not to mention dangerous.

Although parkour is for everyone, body conditioning is important and lowers the risk greatly. Having a fit body will allow a person to be able to move more efficiently while traversing and will help with more challenging moves.

Practicing on a softer surface first until you master the move is a good idea before you move straight onto concrete. A park with grass or even a gym specifically designed for parkour will do and the soft surface will prevent damage in case you fall.

Make sure that the weather is also taken into account for as traversing through the snow or rain can be particularly dangerous. Landing and takeoff techniques should also be practiced as you can seriously damage your legs if it is not executed correctly.

At some point during your parkour training you might lose strength and fall, to reduce the danger off this you should practice the falling procedure in order to limit the damage that could possibly be fatal. 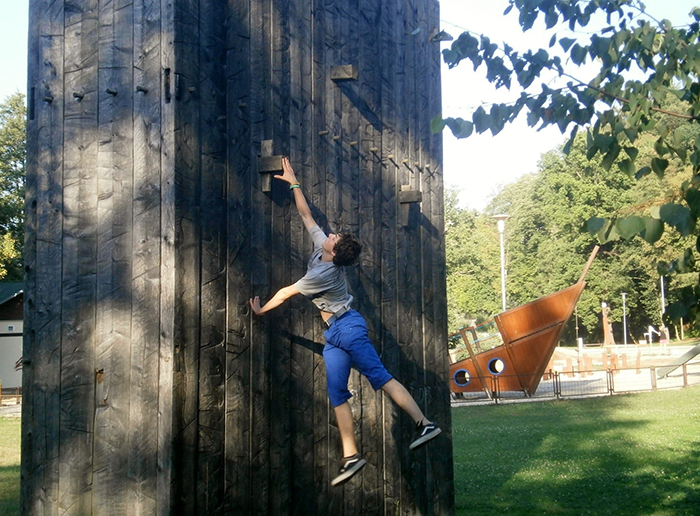