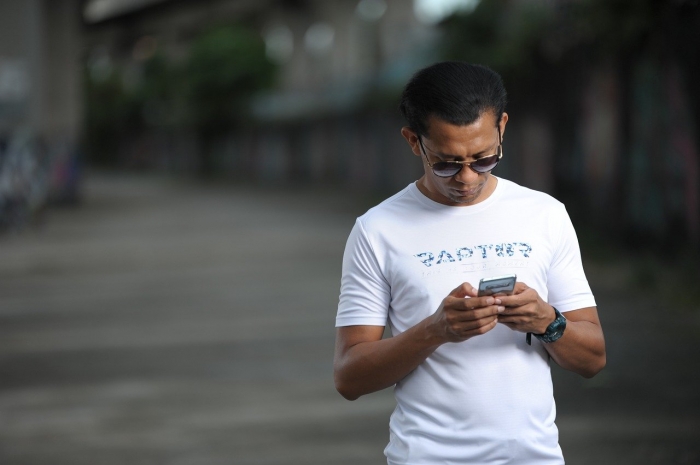 Street wear is an ever growing trend but what are the top brands that people prefer? Everybody has their own choices but there are some brands that just stand out and have even reached cult status. Here are the top ten street wear brands in the world.

Targeting skaters, Supreme started as a small business in New York in 1994 and they only had a few t shirts on sale. However over time Supreme became known as a “skaters” brand teenagers all over the USA wanted to see what it was all about. The principle behind Supreme is that since young people are open minded it has led to the birth of an open minded brand.

Supreme has collaborated with other designer brands such as Gucci and Luis Vuitton to make unique clothing styles and this is one of the reasons that it has become so big. Supreme has reached cult status because it targets a certain group of individuals and is successful at this. One can’t simply say that Supreme targets teenagers only, it’s a lot deeper than that, they target skaters and generally “cool people” who are ready to look good no matter the cost. 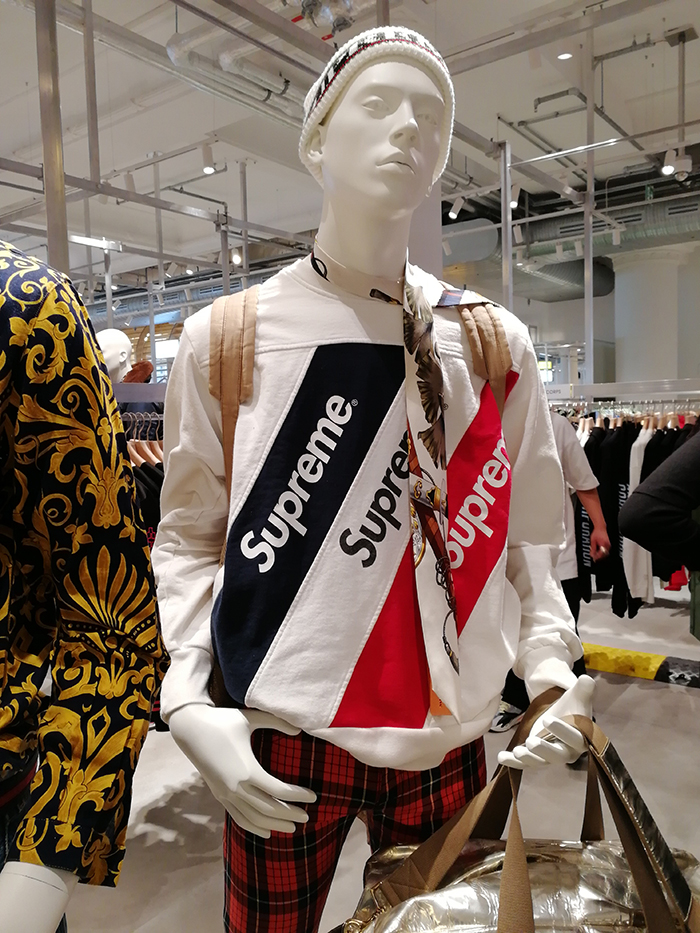 Nike is the world’s largest sports brand and is extremely popular with people of all ages. Originally knows as Blue Ribbon Sports, it started in 1964 and was founded by athlete Phil Knight and his coach Bill Bowerman. Nike not only sells apparel specifically for sports but they also sell pure street fashion wear which has become increasingly popular over the years.

One of the reasons Nike has become so big is the constant rerelease of certain products as a retro fashion. Trainers that were in fashion in the 80s or 90s are slowly coming back making it not only a popular brand among many ages but also achieving cult status.

Many celebrities have worn and advertised the brand making it even more popular. An example of this is Nike’s collaboration with the basketball player Michael Jordan producing a sub brand called Air Jordan aimed at teenagers who are into basketball trainers.

The principle of Nike is “if you have a body, you’re an athlete” shows that the brand targets everyone and Nike is one of the brands that people who are into fitness wear along with people who aren’t.

Nike also releases new versions of the same pair of trainers every year, for example the Air Max and this makes customers want to purchase the new edition every time, making it an excellent marketing technique. 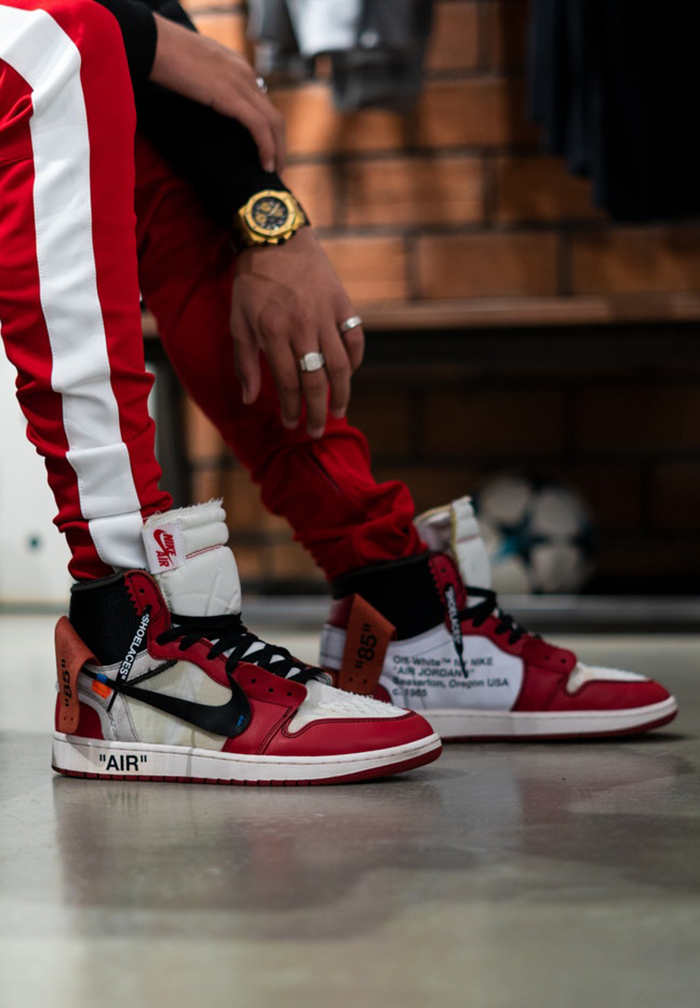 Adidas started as a simple shoe making company called the Dassler Brothers Shoe Factory by Adolf Dassler and his brother Rudolf in 1924. In 1949, due to family issues both brothers left this factory and Adolf made Adidas and Rudolf made Puma and they are know rivals.

Adidas became known as the “brand with the three stripes” and Puma is famous for, well, the Puma and both have become extremely successful brands. The brand targets many kinds of people and has clothes for sportswear and street wear giving something for everyone. Adidas has become internationally famous and have done collaborations with some cult brands such as Bape.

Adidas has their “sports” division which sells cheaper clothes for use in fitness activities and the “originals” which offer more premium street wear resulting in a larger market. Adidas also own the hiking company Salomon, increasing their range and target audience.

4. A Bathing Ape aka BAPE

A Bathing ape is a Japanese street wear brand that was started by Tomoaki Nagao or Nigo in 1993. He studied fashion editing in college and borrowed some money in order to start his own business which he named after the film “Planet of the Apes”.

The name might sound strange but it is a reference to the saying “A Bathing Ape in Lukewarm Water” and it is actually meant to be humorous and is based on the idea that typical young Japanese people like to be lazy and have a bath in warm water representing the customers of the brand who are typically of the younger generation.

Bape has much collaboration with other brands and it well known for the typical camouflage design with the sharks face on the hood. Although Bape started in Japan it has become internationally famous and received cult status.

Bape went dead for a while around 2000 and not many people were interested in it but recently this trendy brand has come back in fashion. As of 2018 Bape has become one of the most popular street wear brands of all time and it almost rivals the street wear king Supreme.

Even though the brand has been around for about twenty five years a lot of youngsters are discovering what it is now. Perhaps the brand became popular because they offer something different to other brands. The design of all Bape clothing is unique stylish and ultimately this is what the target audience, who are teenagers, are looking for.

When Bape first started in Japan it gained popularity through the music industry and many famous artists such as Jay-Z wore the brand and promoted it using his fame. 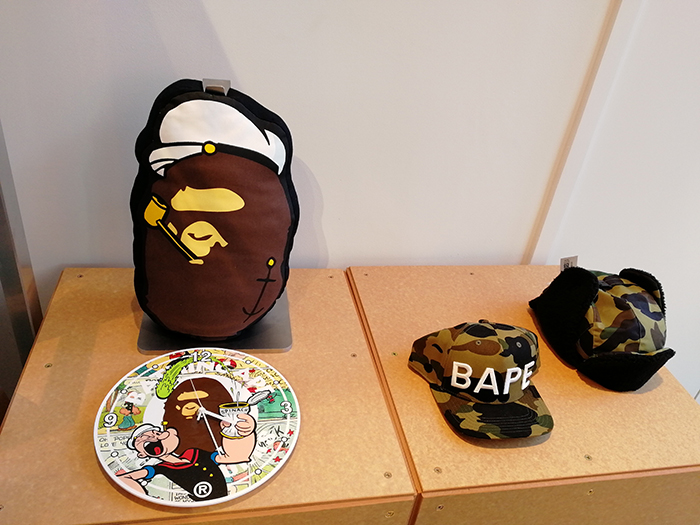 Billionaire’s Boys club and Ice Cream was started by Pharrell Williams and the founder of Bape, Nigo. They are a premium designer street wear brand as is worn by celebrities all over the world. It is known as a “hype beast” brand and is quite pricy but due to the fact that its roots are set in the music industry, it has become quite popular and customers don’t really worry about sky high costs.

The brand is a partner of A Bathing Ape and has become quite popular since the artist Jay-Z has been seen wearing their apparel. In order to sell to everyone and not just men, BBC released the Billionaires Girls Club or BGC and they originally used to only produce clothing in Japan but recent collections have been produced elsewhere.

Stone Island is the brand best known for the compass logo and has a long history behind how it came to fame. It is a high end men’s Italian brand which was bought by Carlo Rivetti in 1994. Although they didn’t always sell street wear the brand has teenagers all over Europe going crazy.

The brand has been quite popular among football “hooligans” in England and the brand has featured in many films about hooligans. The brand has also gained fame through the hip hop industry as the Canadian rapper Drake has been seen wearing the brand.

Palace is a street wear brand for skateboarders. The history behind this brand is quite interesting as it was originally part of Baker Skateboards which was founded in 1999 by Andrew Reynolds and sold skateboards and skating accessories.

In 2007, Baker Skateboards became Baker distribution and alongside fellow skaters Andrew Reynolds started seven different brands one of them being Palace. Palace Skateboards not only sells equipment for skating but has started an amazing apparel range that has reached cult status.

Palace has become very popular, is regarded as a “skaters” brand and has similar to status to that of Supreme. 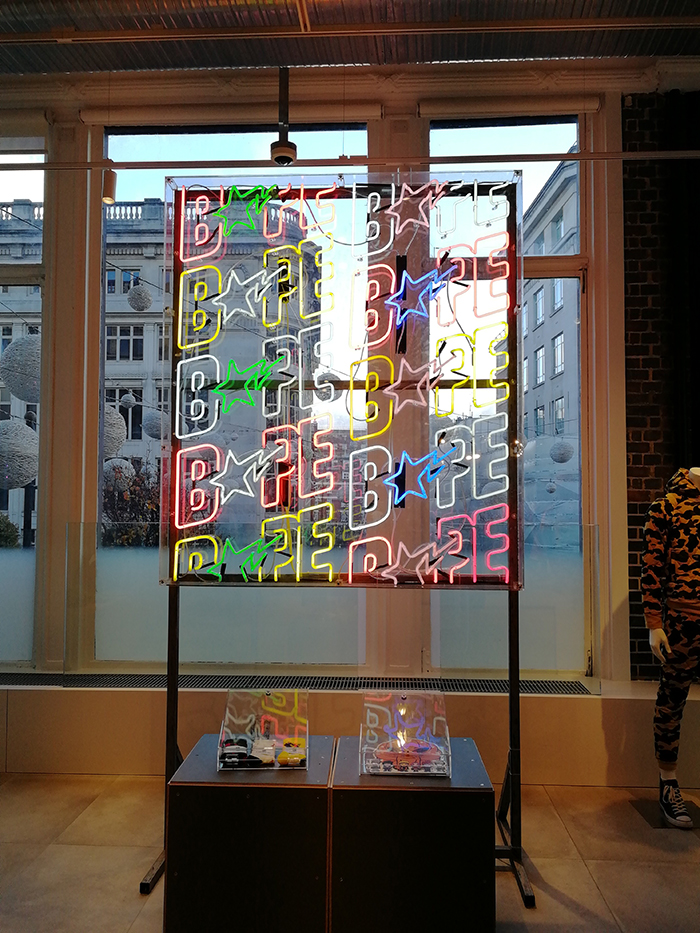 Stüssy is a clothing brand that started in the early 1980s in the US and was founded by Shawn Stussy. The brand started to become popular in California following the rise of the trend of surf wear but now the brand is dominated more by street wear style clothing.

Champion is an American sportswear brand and is owned by HanesBrands Inc. It started in 1919 were it was known as the Knickerbocker Knitting Company but was later changed to Champion Knitting Mills Inc in the 1930s when they started producing sweatshirts for US military academies.

In the 1980s and 90s, Champion began to produce clothing for NFL and NBA teams and even the Premier League. Over the past few years Champion has become quite famous and is quite a popular brand in the UK.

Obey is street wear brand that started in 2001 in New York and was founded by Sheperd Fairey who was originally a street artist studying at Rhode Island School of Design. What makes this brand stand out from others is the fact that it’s all about challenging the system and a lot of their hoodies designs are in the style of propaganda posters. 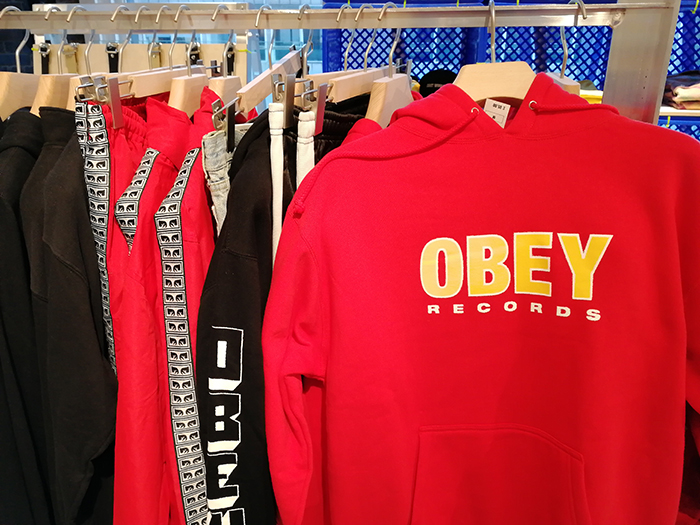 Ellesse is a sportswear brand founded in 1959 by Leonardo Servadio in Italy. It became popular in the 1970s as a skiwear brand which many of their products designs were based on. Ellesse is also famous for its tennis wear and many tennis players around the world have worn their products.

In 1994 the Pentland Group, who are a British company that own Speedo and Berghaus, Bought Ellesse and began to give out licenses for their products to be distributed around the world. In the 80s Ellesse became a popular premium street wear choice in the UK.

Fred Perry was started by a British tennis player who named the brand after himself. The brand’s logo is a laurel wreath which is based on the original logo for Wimbledon. The brand was first run by the Perry family but in 1995 it was sold to the Japanese company Hit Union.